August 8, 2020 in: Endorsed - News
COCOON is a Space Station orbiting around the earth, where Freighter Crews, Smugglers and Gangs of all kind meet in constant conflict with Mega-Corporations. Nobody has ever seen the owners or the corporations board of directors. 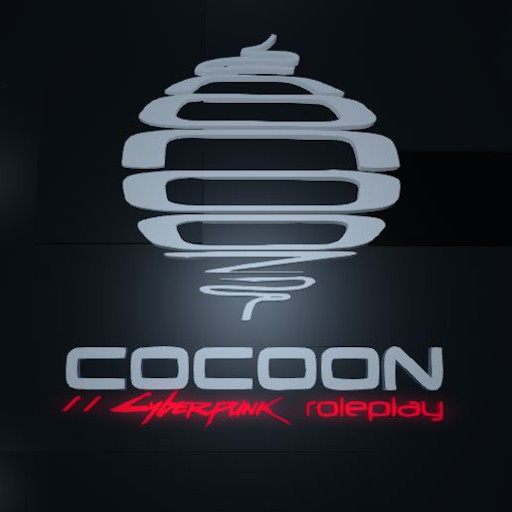 What do you look for in a Cyberpunk/Science Fiction simulator in Second Life®?

A well-structured Lore that continues to develop with every major storyline (sometimes, player-driven), a welcoming community, and enough flexibility to develop your character and their history, and a cadre of locations for your roleplay to be expanded upon.

Atmosphere, grit, neon, and storylines drive Cocoon, a roleplay simulator established in 2016, spearheaded by CeCe Cloud, Cervantes Rexen, Abaddon Mortmagus, and a staff team conformed by experienced roleplayers who also get involved in moderating, storyline crafting, and most importantly, as part of the community.

Cocoon begins with a basic premise: It's the year 2490, and an event referred to as the Transcendence War in the distant past left most of Earth ravaged, humanity has taken to the stars, space stations, and floating cities to carry on with their lives.

Freedom is redefined by what New Geneva and these Corporations deem appropriate, and always following their interests first, anyone thriving, or attempting to thrive outside corporate control is immediately deemed a criminal, or worse.

You find yourself in a dystopia where you have to choose: Do you bow down to corporate whims, or do you live the rest of your life free to fight these corporate overlords? 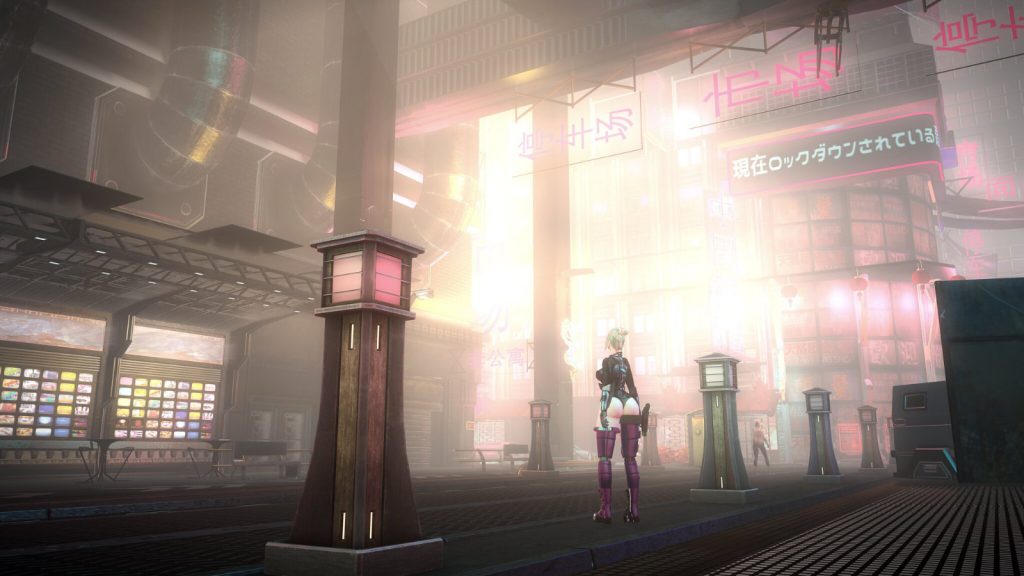 Starting off as a Homestead in 2016, Cocoon would eventually have a build that maximized on the allotted Land Impact and showed more than other locations of the same size could:

A thriving space station filled with lights, neon, and hidden spots, a physical manifestation of the NET, where Hackers and regular Netizens would "Jack In" and carry out social meetings or dubious events.

And an Earth Site too, a barred wasteland showing ruins, and a rocky desert that held the secrets of the Transcendence War and its remnants, where the descendants of the survivors of that event would hold grudges against those who had managed to flee the dying planet and establish themselves on the stars.

Cocoon would immediately give players a very familiar choice concerning their characters: You could be a Human, a Cyborg, a Synth, a Replicant, or a Mutant, and with a unique set of guidelines as well as flexibility, many unique characters could be created and interacted with.

Perhaps your character could be a heavily augmented cyborg working Security for a corporation, maybe a Mutant scavenger from Earth who smuggled themselves into a ship returning to Cocoon Station and marveling at the lights and glamor of the stars, or maybe event a Synth, created to be a companion, and a servant, eventually reaching sentience and starting to ask questions that could put them in the crosshairs of a corporation worried about a potential threat against the established order. 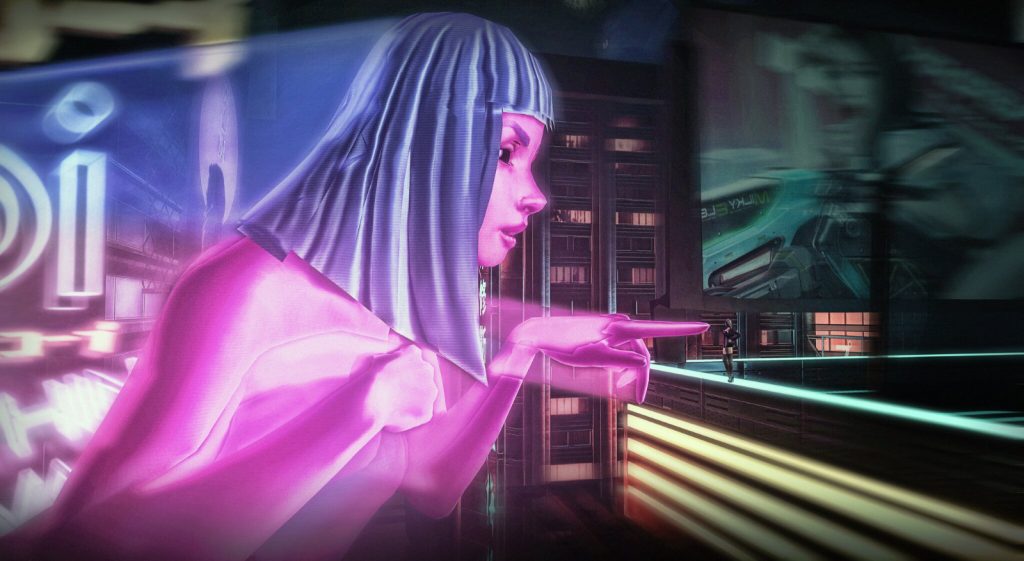 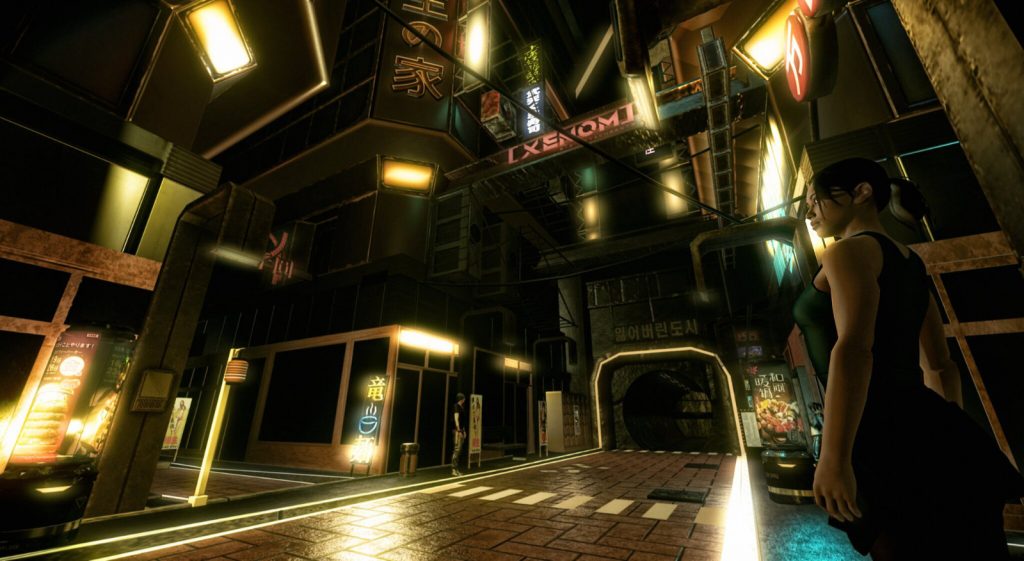 With time, and as the player base grew, so did Cocoon, and in December of 2018, they moved to a full Simulator, where it has resided ever since.

With a full Simulator came more Land Impact allotment, and the main hub, Cocoon Station was expanded. With four Sectors that grew horizontally and five Levels that grew vertically.

This change allowed for an upgraded Earth Site, which was now the ruins of an unnamed city re-purposed as a corporate-run compound, serving as a new frontier: Beyond the safety of the walls, the vastness of the wild Earth expanded, and with it, its dangers in the form of Transcendence War-era mechs and synths that were now active, and chimera, which here animals that were mutated over time.

The Net was upgraded and divided into two: The popular and safe PublicNET, which worked as the standard physical representation that everybody uses, counting with a digital representation of a city sector, and the ShadowNET, with means to hack, face-off, and trade classified information on a relatively unregulated medium.

Luna Colony, the elite, and heavily guarded corporate crown jewel, filled with luxury and home to the corporate elite and the ultra-rich.

And Hades Colony on Mars, a medium-sized colony ran by a crime syndicate, on a planet that is ruled by a Megacorporation.

Both new locations are meant to be mirrored images of themselves, with one favoring corporate figures, those abiding by Corporate Law; and the other favoring the criminal element, those who wish not to live ruled by corporations and wish to take control over their own destinies. 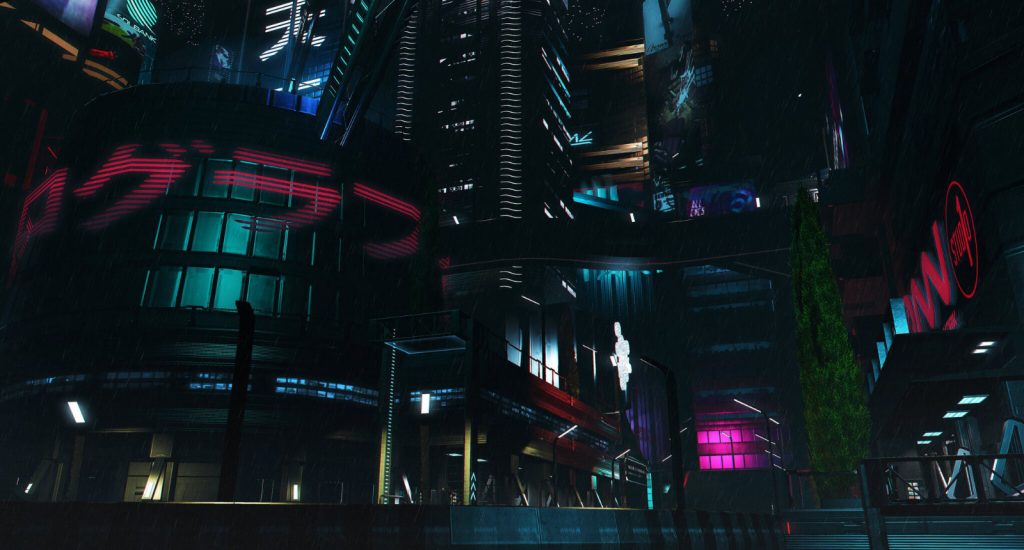 As Cocoon and its locations evolved, so did the factions in the setting.

Morpheus Group Management is a corporation whose primary purpose is to serve as an information brokerage hub under the guise of an entertainment entity. It moves between the boundaries of their legally established ventures and the underground. While they operate in Cocoon Station, they also have major operations in Luna Colony.

The Hidden Demons or Kakusareta Akuma, is a criminal organization, a syndicate that has very limited available information to the public, but in addition to their criminal activities, it is said they are a cult that runs Hades Colony and operates on Sector Two of Cocoon Station.

Free Company is loosely inspired by mercenaries of the middle ages, it's usually the first stop for solos and fixers who look to make a name for themselves or simply get a paycheck, a moderate-sized mercenary that sells their services and expertise to the highest bidder.

Aegis Macrogenetics, the number one option for artificial ecosystems and habitats, while this gives them a very good standing, especially for the possibility of terraforming other worlds, they also are rumored to be involved with Eugenics, Illegal Genetics, and some nanotechnology processes oriented to mutations, even if these claims haven't been proven.

Symphatik Nano Systems, is a leader in cyber technological research and development, as well as nanotechnology, it makes them a well-received corporation to the public, and their products are sought after by criminals to put on the black market, however, behind the regular face of a corporation, there are shadows with nefarious intents. 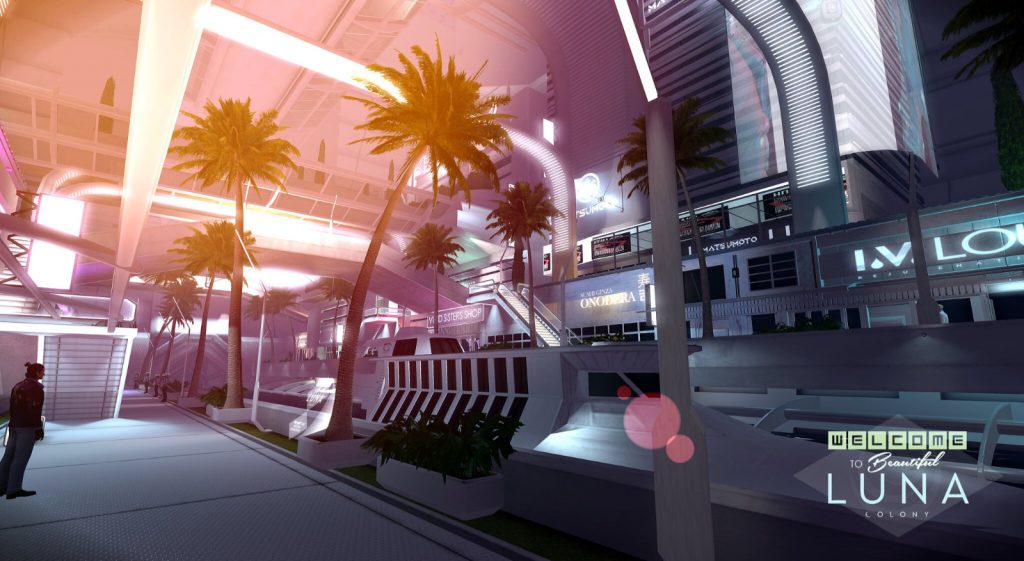 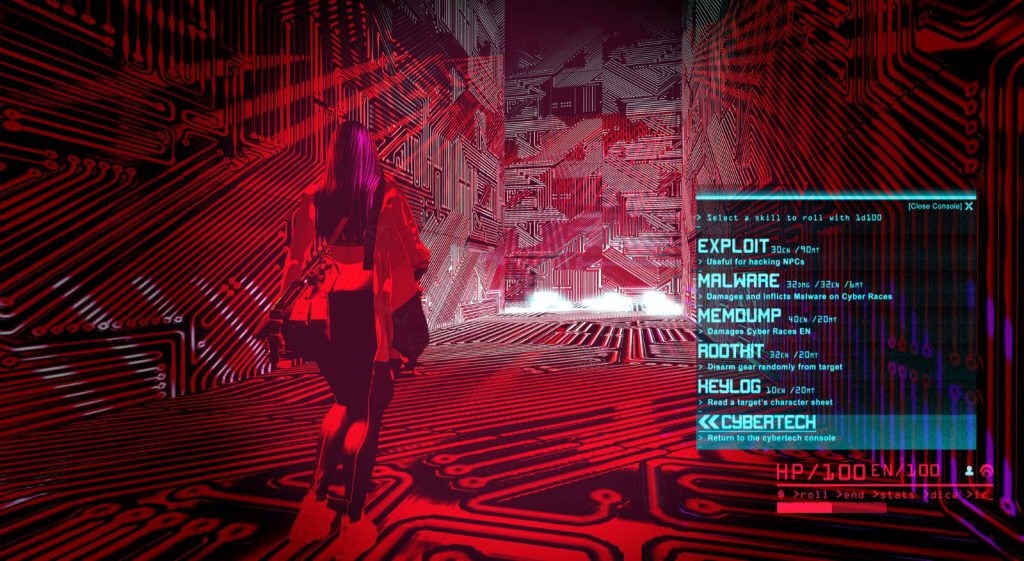 But the real meat and potatoes of the Cocoon experience is Cocoon's crowning achievement: The Interlink RP System.

Having database connectivity, Interlink allows for character creation, and a stats system, picking from different Roles (That determines your initial stats) as well as different Races (that allows for different strengths and weaknesses), Interlink is built for a "Growth over time" expansion, as the gear to increase stats is priced differently based on quality, and upgrades you can purchase for your character also get more expensive the more upgrades you get.

It also allows to save Licenses (Which determines which vehicle you can use to drive around or engage in races on different circuits in Cocoon, most Licenses can be purchased), and Citizenships (Limited to Mars or Luna, a citizenship allows for certain discounts or for items to be unlocked to your character depending on location), and if after a few days you're not satisfied with your character, you can get a re-roll (Also known as Recall) which is free of charge, and will allow you to re-create your character, but beware: While you keep weapons, gear, and credits, the Recall will also reset your Licenses, Citizenships, and Upgrades.

There are also different services scattered throughout different stores in Cocoon, and different NPC's as well that will allow you to change only your Race with no penalization, as well as your Role, keep in mind that these services will not affect your stats if anything, only strengths and weaknesses linked to every race will be put in play. 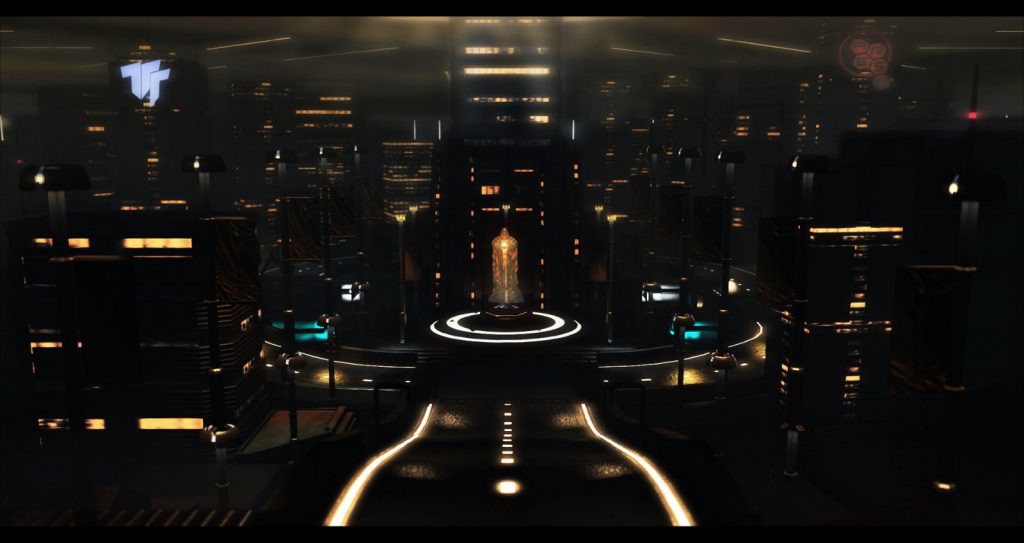 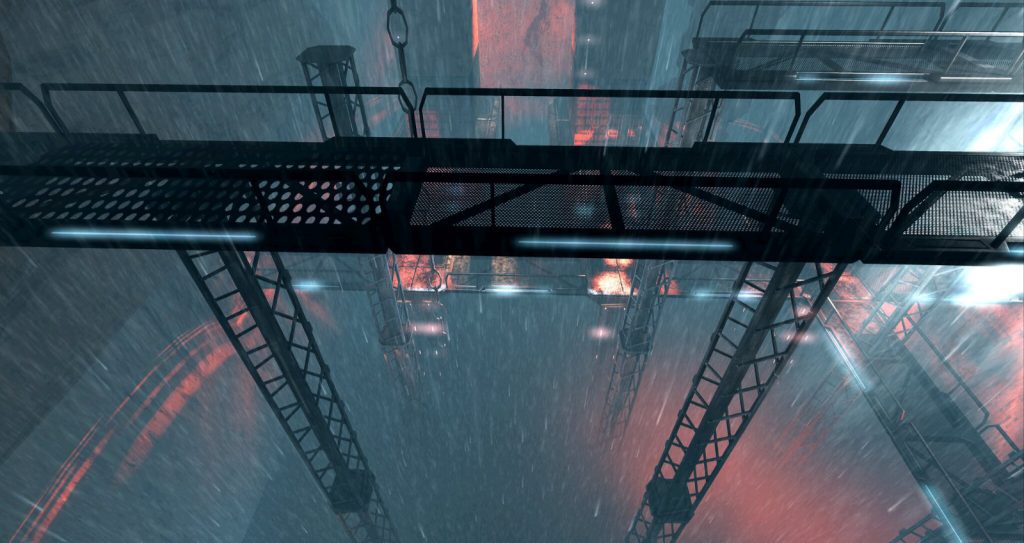 Cocoon continues to grow and evolve with every new storyline, and every new event.

Players of all walks of life can be found in the community, from casual roleplayers looking for a good time while dancing the night away at Bunkr or Red Queen, from more crime oriented characters dealing with black-market cybernetics at Vektor's Clinic, or Chinatown, to corporate-oriented players sealing important deals at the exclusive Pulse bar, or the even more exclusive Mers Infinies restaurant.

Variety is what makes every character in Cocoon unique, and most of the first time players in Cocoon realize that there's so much more than neon and glamor, there's war, there are shady deals, and there are people just trying to get by.

At the end of the day, the aim Cocoon has is to offer something for everyone; you come for the Neon and stay for the Intrigue.

For Your Protection we use

Let’s Encrypt” is a trademark of the Internet Security Research Group. All rights reserved.

This site is run independently from any Event Organization or Shop listed on GridAffairs.com These links are being provided as a convenience and for informational purposes only; they do not constitute an endorsement or an approval by GridAffairs.com of any of the products, services or opinions of the corporation or organization or individual. GridAffairs.com bears no responsibility for the accuracy, legality or content of the external site or for that of subsequent links. Contact the external site for answers to questions regarding its content.

Use the contact form
Second Life® and SL™ are trademarks of Linden Research, Inc., operating under the name of Linden Lab©. This site is neither affiliated with, nor sponsored by any of the above organisations.
MENUMENU
GridAffairs © 2018 - 2020
By continuing to use the site, you agree to the use of cookies. Find out more.